The Different Types of Ad Fraud

1. Search Ad Fraud (CPC) Search fraud is one of the top areas where advertisers are losing the most money to ad fraud. Search fraud involves putting up fake websites that target the most expensive keywords, which attracts advertisers by making their site look like a well-established and reputable publisher. Advertisers purchase ad space on these sites in order to advertise against the popular keywords. Then, the owner of the fake site will use bots to click on those ads, which generates a CPC revenue for them. 2. Affiliate Ad Fraud (CPA) Also known as “cookie stuffing,” this ad fraud…

Search fraud is one of the top areas where advertisers are losing the most money to ad fraud.

Search fraud involves putting up fake websites that target the most expensive keywords, which attracts advertisers by making their site look like a well-established and reputable publisher.

Advertisers purchase ad space on these sites in order to advertise against the popular keywords. Then, the owner of the fake site will use bots to click on those ads, which generates a CPC revenue for them.

Also known as “cookie stuffing,” this ad fraud targets affiliates’ commissions. Brands will reward affiliates who talk about their products or services and attempt to drive people to the website to make a purchase.

Affiliate fraudsters use bots to send traffic to affiliate sites, and then employ cookies to track that traffic. If any of that traffic converts and makes a purchase, the fraudster is able to siphon away money that’s actually meant to be an affiliate’s commission.

Pixel stuffing and ad stacking both cause you to pay for impressions you’re not actually getting.

Ad stacking occurs when ads are literally stacked on top of each other within a web page, but only the top ad shows. However, when a user visits that page, an impression is counted for each of the ads, and all of the advertisers are charged, even though only one of the ads was seen.

Similar to ad stacking is pixel stuffing, although this time, none of the ads are seen. Publishers will “stuff” ads into the pixels of the page, so they’re technically still there when a page loads, but they’re impossible to see. And even though users can’t see them, advertisers are still charged for the impression.

Video ads can also be stuffed into a pixel. Have you ever visited a web page and audio starts playing, but there’s no video to be seen anywhere? That’s probably because it’s a video stuffed into a pixel, so you can’t actually interact with it, even if you wanted to.

Some of the biggest brands and sites in the world have fallen victim to ad injection at some point. Ad injection occurs when fraudsters offer consumers a seemingly innocent browser toolbar or extension to install that actually turns out to be software that injects ads onto unsuspecting sites.

When fraudsters inject ads onto a site, they never actually paid for that ad space. Most of the time, these ads are damaging to the site because it could advertise inappropriate content or show a competitor’s ad. After all, do you really think Walmart wanted to sell advertising to their competitor, Target? 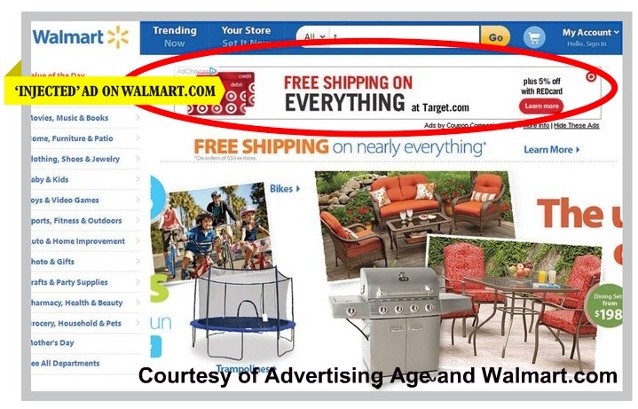 Ad injections not only damage a site’s reputation; they can also slow it down to the point where consumers don’t want to stick around for the page to load.

Users might see ads on a site that never wanted to display advertising, or there might be a video stuffed into a pixel that plays audio over the site’s content with no way to turn it off. It can also devalue the site as a good ad publisher because of the type of content shown in these injected ads.

Traffic fraud isn’t a result of bots finding your website; instead, this one originates with publishers. In order to increase the traffic to their site (and therefore the price they can demand for advertising space), publishers will buy traffic.

This traffic is usually purchased from third-party sites, who generally have the highest percentage of fraudulent traffic. So, this means you could be paying the premium price for low-quality traffic that will never convert, let alone engage.

Domain spoofing can be incredibly hard to detect, which also makes it the most lucrative for fraudsters.

It only takes a single line of code to become a victim of domain spoofing. Fraudsters can use it to change the URL of their sites to copy the URL of a more reputable site. So, you’ll be tricked into thinking that a fraudster’s site is actually the site of a very reputable publisher, like the PayPal example below. If you log in on this spoofed domain, you’re probably giving fraudsters some very sensitive financial information.

Lead fraud can come from two places: humans and bots.

Human fraudulent traffic is usually a result of publishers buying traffic for their site. A lot of “work-from-home” schemes involve hiring people to interact on the sites that buy traffic. So it looks like your ad is getting lots of clicks and those clicks are even signing up and becoming leads, but they’ll never actually convert.

A lot of the fraudulent traffic that comes from humans also affects social media advertising. Click farms have become a very lucrative business, because they’ll sell likes and shares to social media profiles in order to boost organic reach, but with many of the social media algorithms, it actually hurts those profiles more in the long run.

Now, they can easily mimic human movements, generate false ad impressions, and even fill out lead forms. You’ll think you’ve gained a valuable new lead as a result of your ad campaign when in reality, you’ve just paid for yet another bot program. 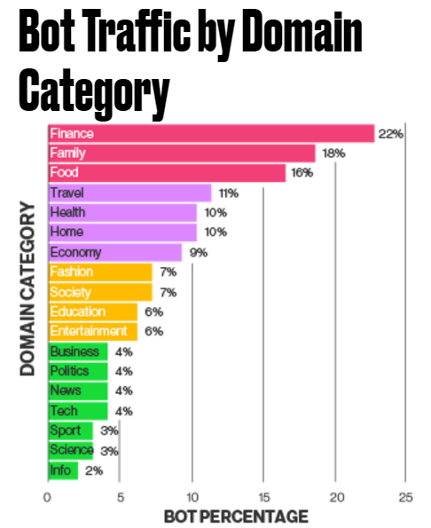 Similar to lead fraud, where fraudsters program bots to mimic humans, a lot of times they’ll also commit retargeting fraud. These bots can be programmed very specifically to seem like the ideal consumers in order to trigger a retargeting campaign.

Then, once again, you’re spending your ad dollars targeting fake consumers, and you may even increase your advertising budget to try to ensure you keep these leads.

We use cookies on our website to give you the most relevant experience by remembering your preferences and repeat visits. By clicking “Accept All”, you consent to the use of ALL the cookies. However, you may visit "Cookie Settings" to provide a controlled consent.
Cookie SettingsAccept All
Manage consent

This website uses cookies to improve your experience while you navigate through the website. Out of these, the cookies that are categorized as necessary are stored on your browser as they are essential for the working of basic functionalities of the website. We also use third-party cookies that help us analyze and understand how you use this website. These cookies will be stored in your browser only with your consent. You also have the option to opt-out of these cookies. But opting out of some of these cookies may affect your browsing experience.
Necessary Always Enabled

Performance cookies are used to understand and analyze the key performance indexes of the website which helps in delivering a better user experience for the visitors.

Analytical cookies are used to understand how visitors interact with the website. These cookies help provide information on metrics the number of visitors, bounce rate, traffic source, etc.

Advertisement cookies are used to provide visitors with relevant ads and marketing campaigns. These cookies track visitors across websites and collect information to provide customized ads.

Other uncategorized cookies are those that are being analyzed and have not been classified into a category as yet.

COME VISIT US AT OUR HQ.

Our headquarters are based in the UK capital, London.